Hello TIMP readers! I am delighted to share some news: I have a book coming out with Adams Media and Simon & Schuster in October! 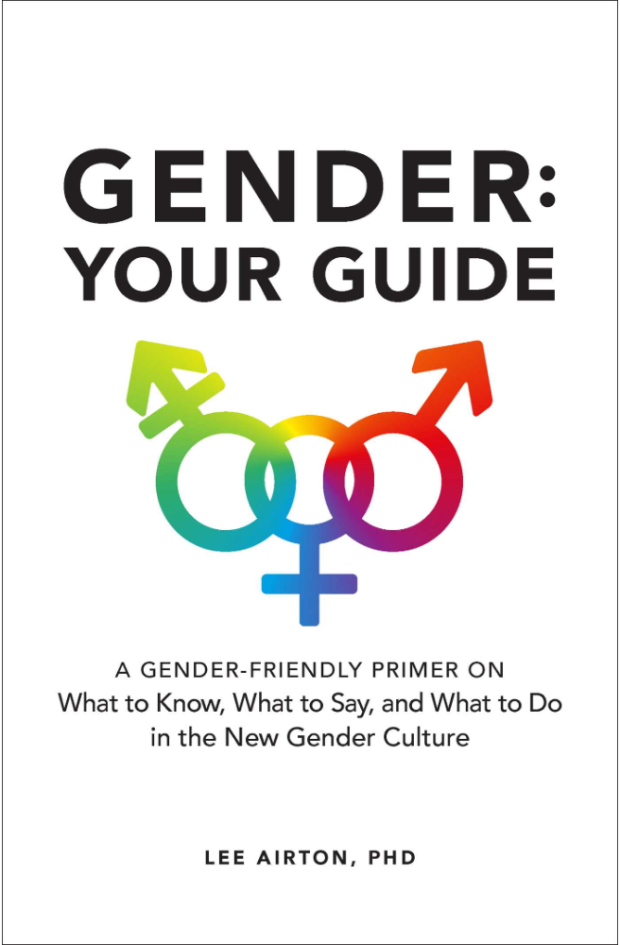 Gender: Your Guide is basically TIMP x 1000 in terms of depth and breadth. There is some expanded content from the blog within it, but also personal stories, research data and tools for hands-on pronoun practice. I’m delighted with how it has turned out.

I wrote Gender: Your Guide to do exactly what I hope TIMP has been doing: to be a thing that transgender and/or non-binary and/or gender non-conforming people can give to our people to help them understand and also meet our gender-related needs. It also helps our people to think about how they, too, are affected by the rigid ways that gender can play out in the places they spend time, and how they can do something about it not only for us but for themselves too. Coalition!

I hope that you can get your hands on it when it comes out in October, and you can pre-order it now. And if you have questions or inquiries about the book, the best way to ask is my sending me an email at lee.airton@queensu.ca.

If you’ve ever wondered what I sound like when I’m talking about gender-neutral pronoun issues and not just when I’m writing about them, voila! Last week I was interviewed by David Crowe for his long-running weekly podcast radio show The Infectious Myth. It was a charmingly informal conversation, and hopefully provided some answers and soundbites for anyone involved in challenging pronoun conversations, whether in Canada or elsewhere.

Heyhey! I’m trying to write an intro for a genderqueer person in English (not my native language) and I was wondering – when I use their name in a sentence like “Kim is a professional wrestler and has a cat.” and then “They have a dog, too.” Do you switch between has/have depending on using their name or “they” as pronoun or do you always use “have”? I read about a discussion on using “they” simply as a singular pronoun, too and now I’m confused! Hope you get what I mean and can help me out! 🙂

I’m excited to have a growing number of posts from writers! This must mean that people are exploring singular they in greater number, and I hope we’ll see more stories featuring non-binary, etc. characters.

I’m working on a writing guide, but in the mean time I’m going to offer this post on singular they and verb conjugation. As you can see, you always use ‘have’ with they (‘they have a dog’) but ‘has’ with a name (’Lee has a dog’). The trick is in how you construct your sentences. If you begin using ‘they have’ in a sentence, try not to switch to ‘Lee has’ in the same sentence. Also, be careful of referring to multiple people with ‘they’ – if you do this in one paragraph, try only referring to your character with name/has.

Writing with singular they, in my view, is its own art form. I hope that as more examples emerge it will become easier to do!

“Quick question: Is “themself” gramatically correct? I was just wondering, because “themselves” sounds wrong when someone says it to me.”

Great question, Anonymous! I have heard people use both themself and themselves in place of himself or herself for a singular they user.

However, I’m more faithful to peoples’ feelings and needs than I am to Standard English grammar. So, what I think is happening is that people are trying to modify singular they usage to make it more apparent sometimes that they are speaking about a single person. So, ‘themself’ is emerging.

I like singular they for its seamlessness, and themself is aurally jarring, so I imagine I’ll continue to use themselves unless asked to do otherwise.

I’d love to hear from others about this!

“I’m having trouble conjugating verbs with they! I realize it’s a singular pronoun, like he or she, so would one say, “they has a car”? Or is it conjugated in the plural, like you, “they have a car”? Thank you so much for running this blog!”

You’re very welcome, and thanks for this important question! The answer is both. If someone uses singular they you do conjugate in the plural when referring to them directly: “they HAVE an appointment.” But when using their name to refer to them, you use the singular: “Lee HAS an appointment, so remind THEM that THEY have to call ahead to confirm.”

This kind of switcheroo requires extra attentiveness when writing. I’m working on the next draft of my PhD dissertation, and I insisted on using singular they to lend even greater anonymity to my research participants and for political reasons. My supervisor’s feedback was a good reminder that, when using singular they, one needs to be careful when referring to more than one person in the same paragraph (or page, etc.). Readers could interpret that you’re referring to everyone and not to the singular they user! So, using this pronoun requires more than substitution. It requires changing how we write, or at least being a bit more nit-picky!

Hope that helps, and sorry for the delayed response (see above re. dissertation revisions…)!

“When one is using “they” as a singular pronoun, is it better to use singular or plural verb forms? I ask because while I usually hear it with plural verb forms in casual speech, I’m writing a story in which a character prefers “they,” and it has led to things like “Smith SAYS, ‘It’s all lies,’ as they TAKE the book from the shelf,” with a number switch between the two verbs. Is the plural verb form still correct when “they” is not used as an indefinite pronoun but for a specific person? Thanks!”

An excellent question! I’m sort of a writer too (academic) and I empathize.

Writing with plural they is hard and about more than grammar; in my experience sentence construction has to shift around in order to make things as smooth as they would be with a binary gender pronoun in use. This might also mean using more instances of the person’s name, or avoiding (in places) some more familiar forms of attribution (like the one in your example) until your reader can acclimatize (i.e., not on the first page, perhaps).

Grammatically, yes, your example is incorrect. However, I firmly believe that language is not only a set of written rules but a living, breathing organ that shifts with us. Chances are by this point in your story your readers will have had to do the work of acclimatizing to pronoun use and can handle it. And I’m afraid that, at this point in the ‘movement’, the fact that you use a gender-neutral pronoun will be a standout feature of your piece (I say ‘I’m afraid that’ because you might feel it distracting if that’s not the point).

In my own life, there are moments of glitch where I notice a grammatical error brought on in someone’s speech because they are referring to me and we have to make do. I find this to be funny, but I also think about humour as a teaching tool ( I’m in an educational field). In some ways, then, gender-neutral pronouns throw everything into relief, including how rule-bound we are without thinking (even they-people like me). I think that is nice.

I would love to read your story! 🙂 (no presh, however, and good luck)

A list of resources on the grammatical correctness and validity of singular they, compiled by Zena Sharman and posted on Ivan E. Coyote’s tumblr.